Living in Dallas: Everything You Need to Know

Guide to Living in Dallas

How’s life in Dallas? There isn’t much to complain about in one of the best places to live in America, with a booming…correction, bursting-at-the-seams economy, awesome food, and exciting events, concerts, and fun activities! These are just some of the major draws for the hundreds of thousands of people that have flocked to Dallas over the last few years.

If you are considering a move to the Big D, let’s dive straight into what makes living in Dallas so appealing.

10 Things to Know About Living in Dallas, Texas

The diverse, modern city of Dallas offers a ton of benefits in generous sizes… as large as its size, population, the biggest arts district in the country, and sprawling suburbs. Dallas is spread over 386 square miles and houses around 1.35 million people[1]. It’s the ninth largest city in the country and the third largest in Texas.

If you’re wondering whether you should move to Dallas, here are 10 pros and cons of relocating to Dallas, TX. 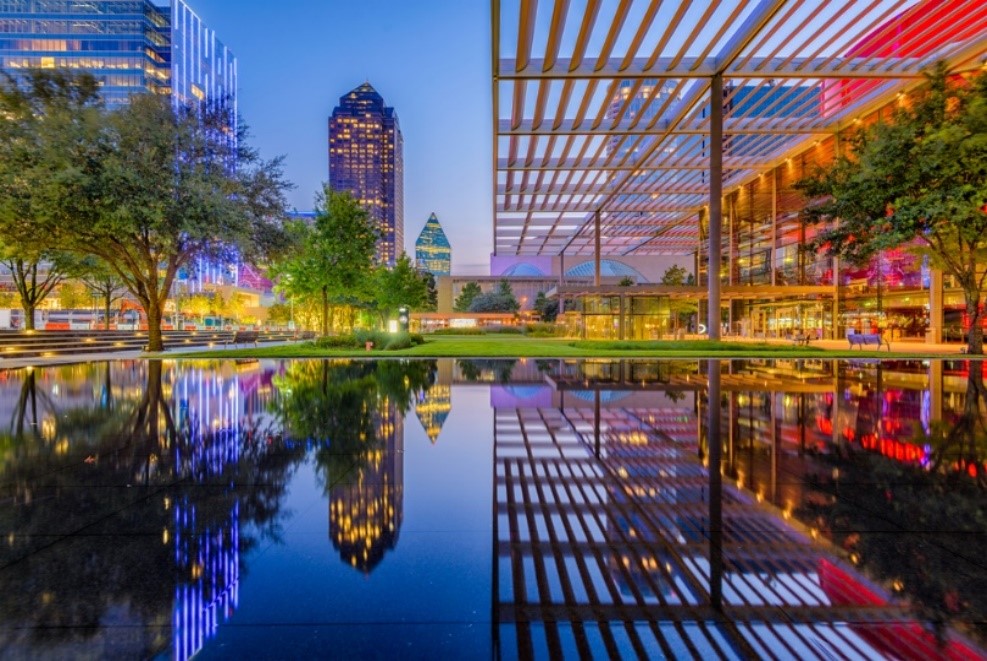 Dallas’s thriving economy is supported by a broad range of industries that include defense, healthcare, financial services, energy, information technology, commerce, life sciences, medical research, semiconductors, transportation and logistics, and telecommunications. Since Texas is known as a business-friendly state, many corporate giants have set up headquarters here. Hence, Dallas is a great place for jobseekers and business owners alike.

The Dallas-Fort Worth Metroplex is home to several Fortune 500 companies like Neiman Marcus, Texas Instruments, ExxonMobil, and Southwest Airlines, to name just a few. Some other major employers in the area are Bank of America, Baylor Healthcare System, Lockheed Martin, JP Morgan Chase, AMR Corporation, and several high-quality universities. There’s no dearth of jobs for people living in Dallas, TX. It has a low unemployment rate of 3.2%[2] and has enjoyed a double-digit percentage job increase since 2012[3].

So, whether you’re a seasoned professional looking for a change or a recent grad, Dallas would be a great place to try your luck, thanks to its relatively low cost of living and high average salary of $68,000[4].

One of the best things about living in Dallas? It rarely snows! The summers here are hot with peak temperatures reaching 100° but rarely surpassing that. Winters are chilly but not freezing cold. It’s no wonder that so many people love calling Dallas home!

However, getting used to the summer heat may take a while. But thinking about the snowless winters may make the sweltering heat in the hotter months more bearable!

It does rain frequently here, although the saving grace is that most rainstorms happen overnight, when you’ll be bundled up at home!

Thanks to an increasing number of people relocating to Dallas, housing prices have risen too. But while it’s expensive to buy or rent property in Dallas, it’s nowhere close to the skyrocketing rents in New York or San Francisco. Even within Texas, there are other major cities, like Austin and Houston, that have more expensive housing than Dallas. Besides, the high average salary here makes living in Dallas worthwhile.

Zillow states that the median list price per square foot in Dallas is $206, higher than that of the Dallas-Fort Worth-Arlington Metro, which stands at $139. The average rental rates in Dallas are approximately $1267 and $1588 for 1- and 2-bedroom apartments respectively.

4. Escape the Traffic With DART 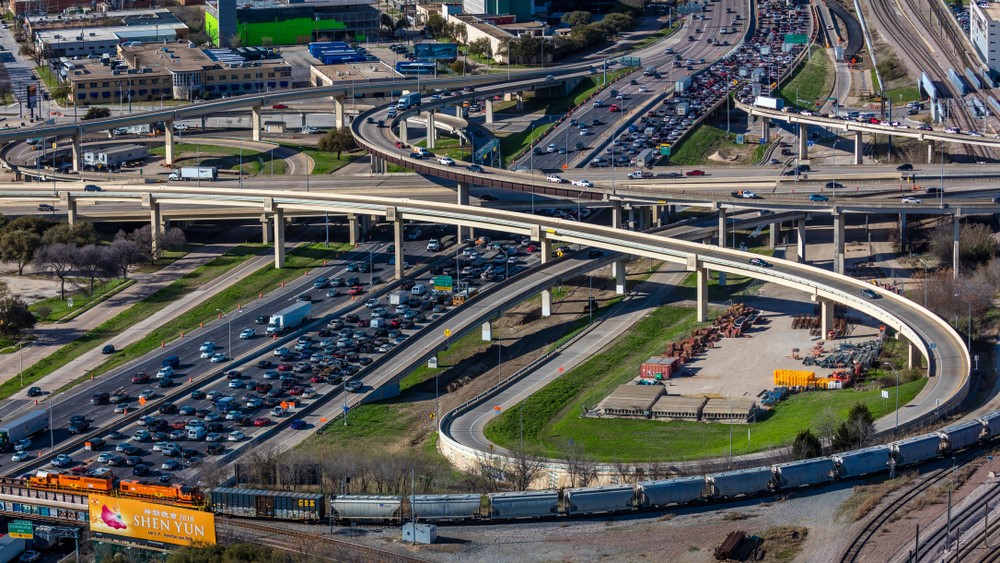 While there is public transportation in Dallas, most people end up driving, making the traffic situation worse. There are numerous networks of freeways, but you can expect most of them to become really congested during rush hour. Plus, the city is quite spread out, so if you don’t want to end up spending a lot of time commuting, it’s best to find a place close to where you work.

Another alternative is to go carless and take advantage of the longest light rail system in the country – the Dallas Area Rapid Transit (DART), which has 62 rail stations and more than 130 bus routes. Consider finding a place with easy access to any of these transit stops or stations. The Trinity Railway Express (TRE) is a dedicated train line connecting Dallas to Fort Worth and stops at the cities along the way too. But if you’re new to the city, learning the routes may take some practice. 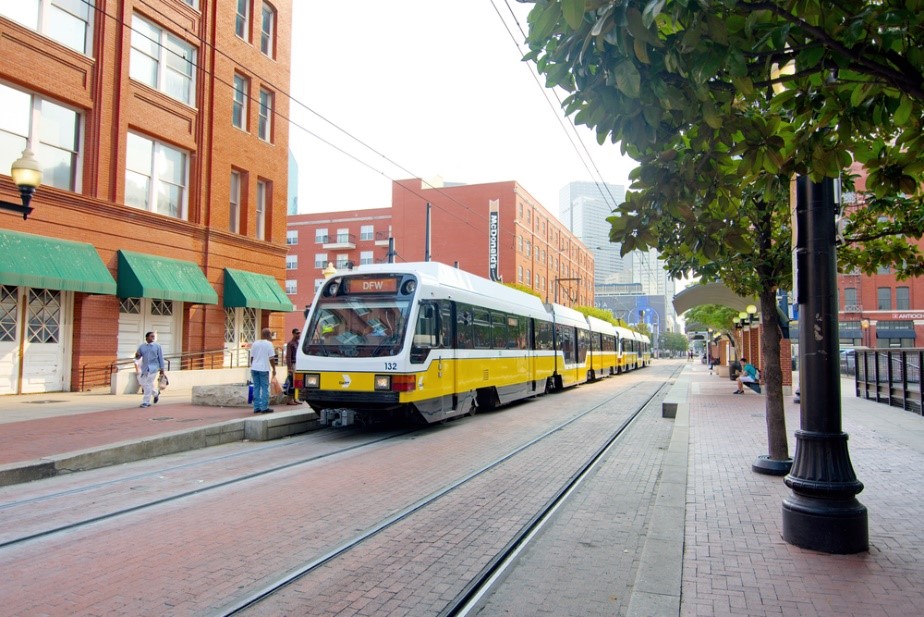 What’s more, on moving to Dallas, TX, you’d also have easy access to flights, thanks to the two major airports, the Dallas-Fort Worth and the Dallas Love Field Airports. This, apart from the ease of doing business, is probably one of the major reasons that corporations have set up headquarters here.

Consider this: you enjoy a high salary but pay no state income tax. Doesn’t that sound like a dream!? But you may have to pay high property taxes if you’re buying a house here. Oh, and the combined sales tax rate in Dallas is 8.25%.

Dallas offers great educational opportunities apart from great jobs. If you’re planning on studying alongside working at a Fortune 500 company, moving to Dallas, Texas is an excellent idea. If you’ve always thought of completing your education or getting an additional degree, living in Dallas would make that goal much easier! Some of the prestigious universities here are University of Texas at Dallas, University of Dallas, and the Southern Methodist University.

Even if you’re not interested in becoming a science nerd or a finance geek, there’s a ton of other interesting learning opportunities. If you’re creatively inclined, you can benefit from the non-credit courses or creative writing workshops at the Creative Art Center of Dallas or one of the several craft learning programs at the Craft Guild. After completion, you can even implement your newfound skills at the arts district in Dallas, which is one of the biggest in the United States. 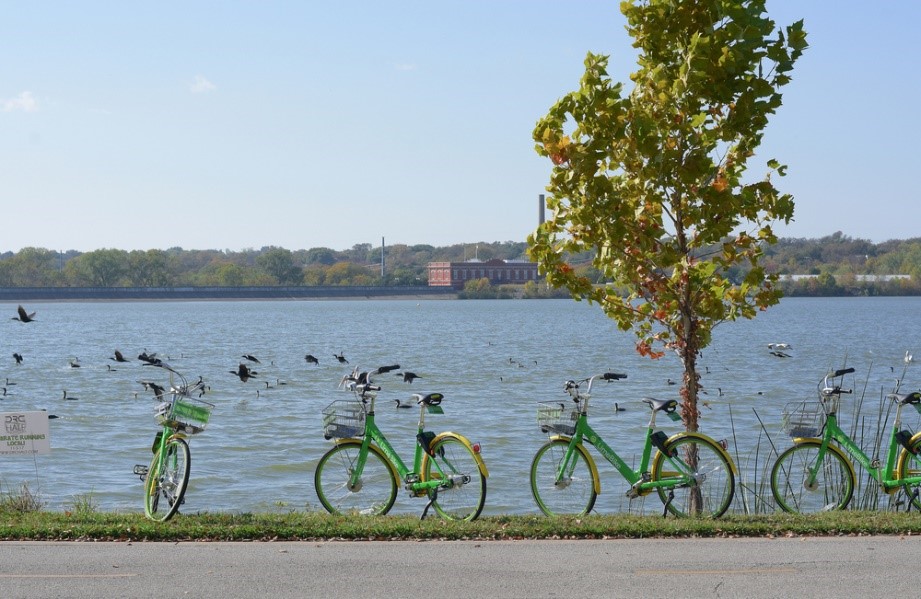 Your calendar is likely to fill up quick when you start living in Dallas… and you’ll love every bit of it! You’ll be spoiled for choice with a ton of exciting things to do whether you’re an arts lover, outdoor enthusiast, shopping junkie, music lover, coffee shop lover, or simply an urban explorer. There’s something for everyone!

Shop till You Drop – Shopping lovers can enjoy shopping in Uptown and malls elsewhere after which they can revive themselves at any of the classy restaurants, hip cafes, shops, and parks in the city. The Highland Park Village – the country’s oldest shopping center, with an array of retail stores – is another shopping destination.

Enjoy the Performing Arts – For performing art aficionados, there’s a fine array of theatre, music, opera, and dance shows held at the AT&T Performing Arts Center and awesome concerts held at unique venues throughout the city. The South Side Music Hall features local and national indie and pop acts. Plus, there are music festivals, parades, and other events that you can choose to attend!

Nightlife – Enjoy great food and drinks along with live music at some of the best pubs, bars, and live music venues. Whether you’re a lover of rock, blues, jazz, or you simply love to let your hair down and dance, Dallas has it all!

Explore the Outdoors – The White Rock Lake is one of the major attractions, with a range of water activities like swimming, fishing, kayaking, or simply enjoying a picnic fare under the warm sun. Another must-visit outdoor activity is the Dallas Zoo. As with any urban city, there’s not much greenery to enjoy in downtown Dallas, but within a short drive from the city, there’s a ton of wildlife and natural outdoor beauty to explore.

Watch a Game – Sports fans won’t be disappointed here. They’ll have much to do and see, be it rooting for the Dallas Cowboys or catching some baseball action in Arlington.

8. Biggest Arts District in the Country 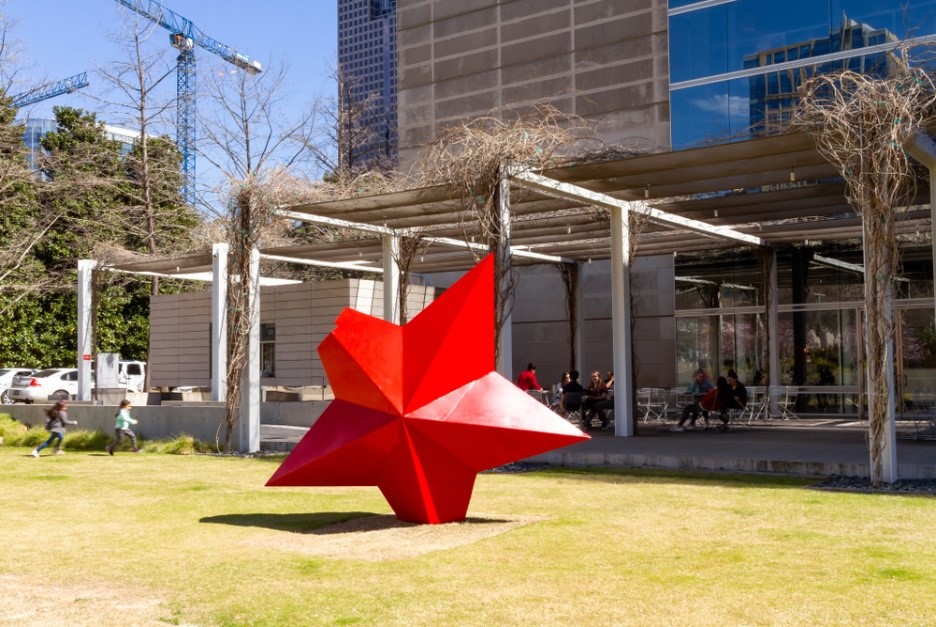 It’s a well-known fact that Dallas has the biggest arts district in the United States – the Dallas Arts District, where you can soak in the arts and culture. If you’re an art lover, be sure to check out some of the noteworthy art museums and galleries, such as the Dallas Museum of Art.

Texas is home to some delectable cuisine, and Dallas, one of the largest cities in Texas, does not disappoint. Barbeque, tacos, and other Mexican delicacies make it a paradise for food lovers! Plus, you can pamper your taste buds without putting a dent in your pocket as low-cost eateries and affordable restaurants exist alongside fine dining and high-end restaurants.

10. Proximity to Other Texan Cities

If you relocate to Dallas, other major cities like Austin, Houston, and San Antonio are less than 4 hours away. You can take a weekend trip to explore the sandy beaches, rivers, lakes, or the nightlife and music scene in any of these beautiful cities and savor awesome Texan food!

Looking for other places to move in Texas? Check out some of the top cities to move to:

Living in Dallas has a great number of advantages if you’re willing to pay a little more for housing. If it doesn’t seem like your kind of city, here are some other choices to explore in TX. You can also check out our guide on moving to Texas to understand more about life in the Lone Star State.

Moving anywhere can be challenging and stressful, and not to mention exhausting. Wherever you decide to move to Texas or elsewhere, Cool Box Portable Storage is here to help make your move easy and as stress-free as possible. We provide portable and insulated moving storage containers that are available in three sizes to help match your moving requirements. What’s more, we offer the best pricing options and even meet or beat competitors’ quotes for the same specifications!

Are you moving to Texas? Get a quote from one of our convenient Texas locations: