Living in Sacramento: Everything You Need to Know

Guide to Living in Sacramento 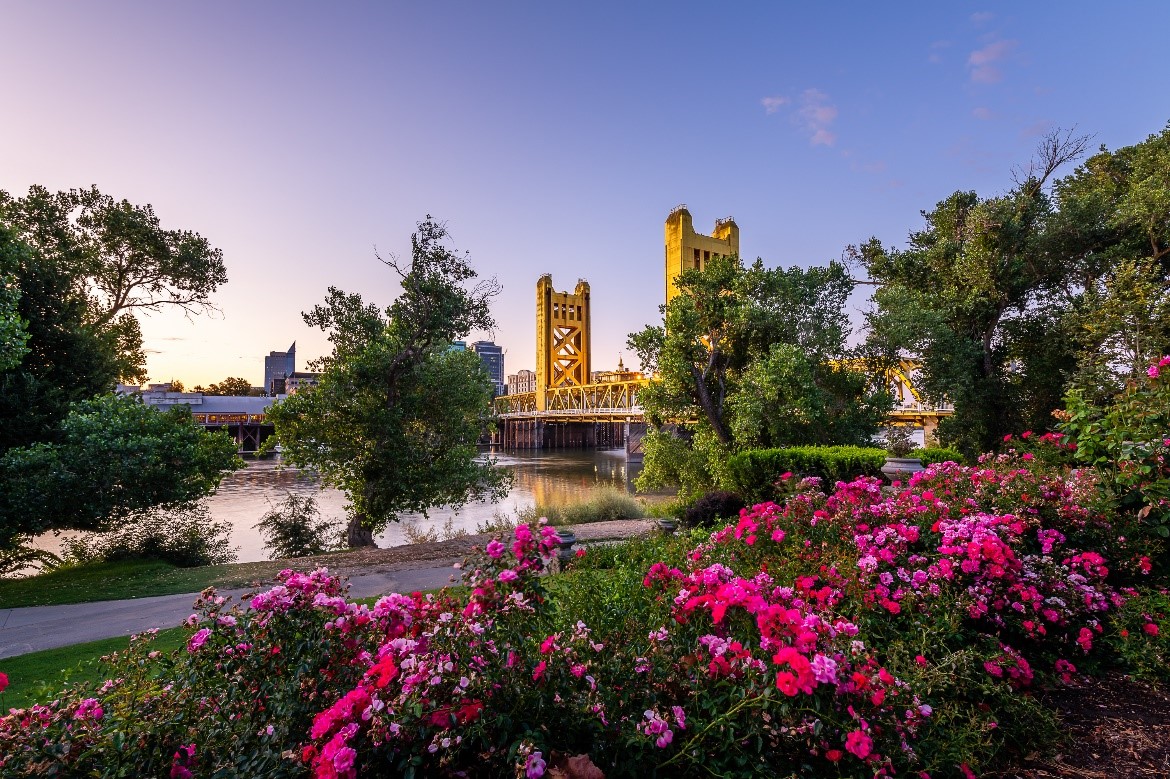 Is the high cost of living in the Bay area putting a strain on your finances? Consider living in Sacramento – an affordable city in California that has much to offer. What was once dubbed a ‘cow town’ now seems to be a hot moving destination for young professionals and families, thanks to its exploding dining scene, water sports, tons of parks and coffee shops, shorter commutes, affordable housing, and an urban-suburban feel.

As an increasing number of people are moving here to escape the exorbitant housing costs in the coastal cities of California, the small city of Sacramento is burgeoning already, and so are its adjoining suburbs.

What else should you know about the state capital before making the big move? Here’s a guide to the pros and cons of living in Sacramento.

Is Sacramento a Good Place to Live In?

Historical roots, pleasant winters, reduced cost of living, and proximity to tourist attractions are just some of the benefits of life in Sacramento. Let’s deep dive into some of these to gain a better understanding of the city’s offerings:

Summers in Sacramento can be extremely hot, with temperatures rising to 100°F in peak summer months, but the rising mercury isn’t hard to manage since Sacramento is an inland city with not a lot of humidity. Besides, Sacramento is full of streets lined with trees that offer much respite from the scorching sun, which is a clever and planet-friendly way to beat the heat!

Winters are mild and pleasant, of course, but are much shorter, lasting only from November until February. The biggest consolation for those moving from the country’s snowier regions is that it rarely snows here, although the winter temperatures can dip low.

People coming in from other parts of the country will probably also appreciate the change in seasons which can be subtle yet beautiful to experience. The icing on the cake is the colorful fall foliage, which is one of the best in California.

2. One of the Lowest Costs of Living in California

The 2008 recession, which heavily impacted the city, led to a drop in housing prices and the Sacramento cost of living, giving people who are looking to relocate or buy a house here an edge over residents in other pricier cities in the Golden State.

It would be worthwhile to note that while the housing costs here are low by Californian standards, they’re slightly higher than the rest of the country. Plus they’re rising steadily, so it would be a wise financial decision to move to Sacramento sooner rather than later.

Sacramento is still recovering from the recession, but its economy looks robust now with an abundance of employment opportunities. Being the state capital, there is no doubt that there are a ton of government jobs. Plus, there are lucrative opportunities in a couple of other promising sectors like healthcare and technology.

4. Plenty of Lakes and Freshwater Rivers 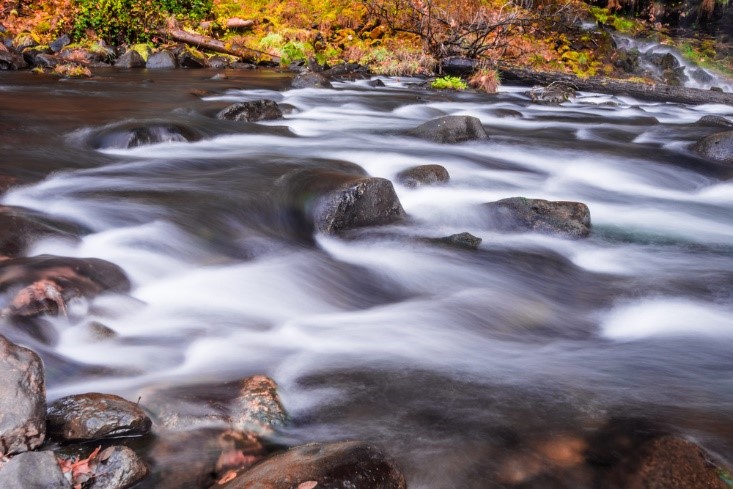 While the rest of California is blessed with a stunning coastline, the inward-facing Sacramento makes up for the lack of ocean views with a ton of large, beautiful freshwater bodies. One of the major draws of living in Sacramento is the presence of rivers and lakes that also offer water sports like boating, rafting, and fishing. Some popular local attractions worth exploring are the Sacramento River, Folsom Lake, and American River Parkway. 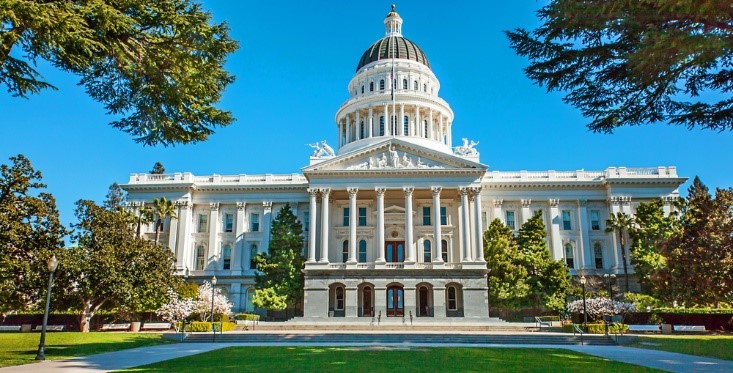 Sacramento is steeped in historical roots, going back to the discovery of over 750,000 pounds of gold way back in 1848. Consider visiting the Gold Rush Days, which is an event that takes place on Labor Day weekend where you can learn a lot about the rich heritage of the city. Some other places worth exploring for the rich historical culture are the California State Library and Sutter’s Fort.

Plus, there’s the world’s oldest triathlon, which includes kayaking instead of the more common swimming event.

One of the major draws of living in Sacramento is its close proximity to some of the most visited destinations. You’re just a few hours away from some of California’s most popular attractions like Lake Tahoe, Yosemite National Park, Apple Hill, Napa, and Muir Woods National Monument, to name just a few.

Within the city, you can enjoy hiking and rock climbing in the beautiful mountains and parks.

Living in Sacramento is a pleasure if you love greenery as you can soak in the beauty of tree-lined streets all around you. You can enjoy the shelter of trees in several parks and even on the streets in the middle of downtown! No wonder the city is said to have one of the best urban forests in the country. 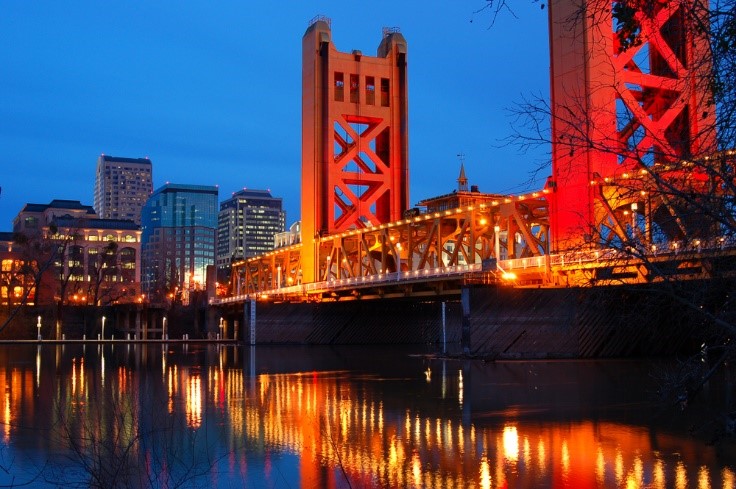 The rich cultural heritage of the Golden State’s capital is one of the best advantages of living in Sacramento. It’s one of the most diverse cities in the state and offers a plethora of activities and fun things to do. Of all the things, it has a rich coffee drinking culture as can be witnessed from the huge number of coffee shops in the city. Locals here love to catch up with friends, simply work on their laptop, or enjoy a weekend brunch at some of the best gourmet coffee hot spots.

In addition, there are a ton of annual festivals that keep your calendar full. Some fests worth trying are the Cinco de Mayo, Chinese New Year, and the Carnival celebrations. If you’re a sports lover, you can enjoy NBA or NHL games within the city, or you might venture a bit further outside the city for football and baseball games.

The music and performing arts enthusiasts won’t be disappointed either. The Community Center Theater is a great venue that hosts the Sacramento Philharmonic and Opera with music and arts shows. For contemporary, classical, and musical plays, consider visiting the Sacramento Theater Company.

An absolute must-visit festival for arts lovers is the Wide Open Walls where art is celebrated outdoors as renowned artists descend on the city to paint public spaces in a variety of aesthetics and styles.

If you have kids, you’d be pleased to know that Sacramento has great recreational activities for children too, including the California State Railroad Museum, Fairytale Town, and the Sacramento River Train. The Old Sacramento State Historic Park is home to the California State Railroad Museum, which is a fun place for children with its historic steam train tour and activity center where families can gather and learn together.

Watch your child play to their heart’s content with more than 25 play sets at the Fairytale Town – a play space designed around nursery themes and fairy tales, as the name suggests. For a variety of themed countryside train rides, try the Sacramento River Train which is a favorite destination of kids and adults alike. 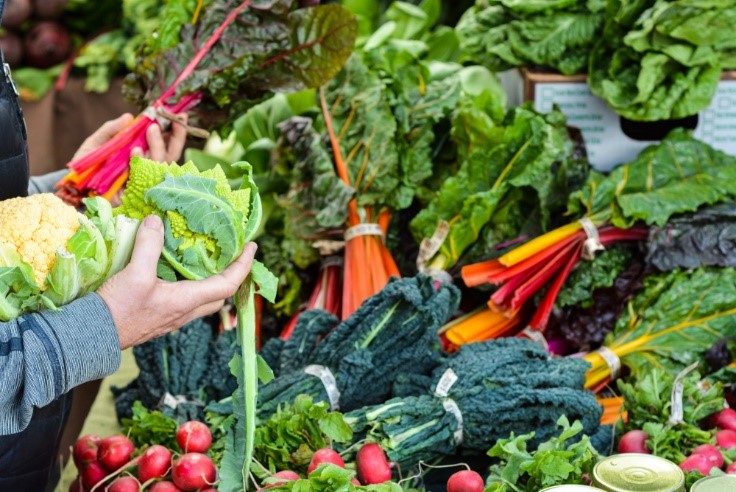 The Golden State’s capital is famous for fresh farm produce that restaurateurs love experimenting with to create delicacies. More and more chefs are moving to this agricultural hotspot and transforming its culinary scene. Unsurprisingly, Sacramento is now regarded as the country’s ‘Farm to Fork’ capital. It’s also famous for pizza and tacos with the latter being served everywhere – food stands, trucks, restaurants, and joints.

For gastronomical variety, there’s also a ton of agricultural festivals that showcase a plethora of ways in which to cook or enjoy a particular food. Try some of these fests which include the Pear, Banana, and Eggplant festivals, to name just a few.

Naturally, you would want to eat out and sample the fine cuisine at some of the best restaurants in the city. But you might also want to take advantage of farmers’ markets to source healthy produce if you enjoy cooking.

Sacramento may seem small if you’ve moved from another large Californian city, but it’s actually a mid-sized metropolis. Beautiful tree-lined streets form a picturesque backdrop in several quiet localities and even in the heart of the city.

If you’re moving to Sacramento, you can choose from an assorted mix of neighborhoods, both within the city limits and in the suburbs, where you can afford the luxury of renting a place with modern amenities. But here’s a caveat: it would be wise to choose your neighborhood carefully as crime is an issue here. More on that later, but here’s a brief snapshot of the different neighborhoods and what they offer:

Various neighborhoods in the suburbs have better than average public schools and quiet streets. If you’re looking for a quiet, upscale place with abundant green spaces, consider moving to the pleasant East Sacramento region, which is home to the McKinley Park with 32 acres of greenery.

For a youthful, fast-paced, and energetic vibe, Midtown or Downtown areas are great alternatives. Bonus: it has a ton of walkable regions. A relatively safe area is College Park – it’s not a college town, contrary to what its name suggests – which offers huge home and yard spaces. South Land Park offers older, ranch style homes where families typically live for generations.

Cons of Living in Sacramento California

Every metropolitan area witnesses crime, but Sacramento has a higher than average crime rate. According to Neighborhood Scout, it is safer than only 10% of U. S. cities, with a crime rate of 39 per one thousand residents. Some of the factors leading to the huge number of crimes are homelessness, drug use, and poverty. Some neighborhoods are infamous for gang activity, so it’s best to do your homework before you buy or rent a house.

As with any city with a growing population, Sacramento experiences high traffic density during rush hour. It’s best to start early and map your routes beforehand if you wish to reach your destination on time.

Sacramento is a great alternative for those wanting to live in California in a cost-efficient manner while enjoying the close proximity to some of the state’s tourist attractions. And while you’re making the most of this historical and picturesque city with fun things to do, you also have a higher chance of saving money here than you’d have elsewhere in the Golden State!

Looking for other places to move in California? Check out some of the other top cities to move to:

If you aren’t sold on the idea of living in Sacramento, here are some other top moving destinations in California:

We hope you’ve zeroed in on a place that you can call home. If California doesn’t seem to be the right destination for you, our guides on moving to Nevada or moving to Arizona might be of interest to you.

Moving anywhere can be challenging and stressful, and not to mention exhausting. Wherever you decide to move to Sacramento or elsewhere, Cool Box Portable Storage is here to help make your move easy and as stress-free as possible. We provide portable and insulated moving storage containers that are available in three sizes to help match your moving requirements. What’s more, we offer the best pricing options and even meet or beat competitors’ quotes for the same specifications!

Are you moving to California? Get a quote from one of our convenient California locations: