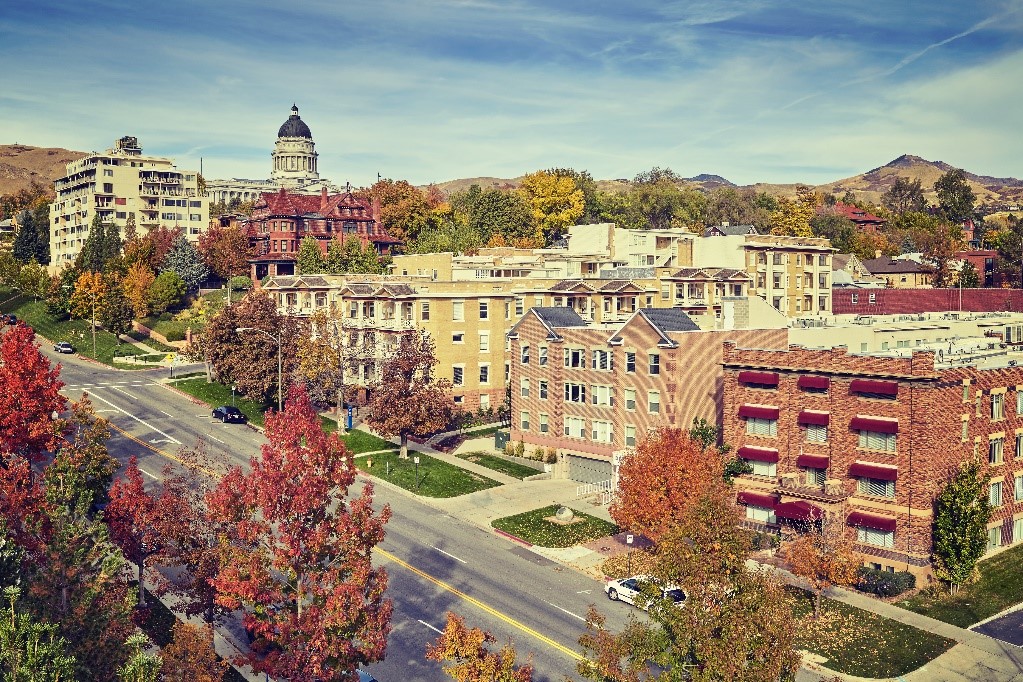 Have you ever wished that you lived in one of those truly scenic places you see in travel magazines? Well… your chances of living in such a place just got brighter if you’re considering moving to Salt Lake City! The city is graced by ethereally beautiful sunrises and sunsets over a lovely backdrop of majestic mountains and of course the Salt Lake.

The scenic beauty is not the only draw for people moving here; the city has many other pluses. It is big and small enough at the same time, offering residents the unique and irresistible combination of living in a thriving big city along with the feel of a small town. It has a robust economy coupled with affordable living, which is one of the biggest perks of living in Salt Lake City, Utah. In addition, it has great public schools and education institutes and a ton of outdoor activities. No wonder it’s the most populous city in the state of Utah.

But what does it take to live in the capital city of the Beehive state? Is Salt Lake City a good place to live in? Let’s find out the answers to these and other frequently asked questions. 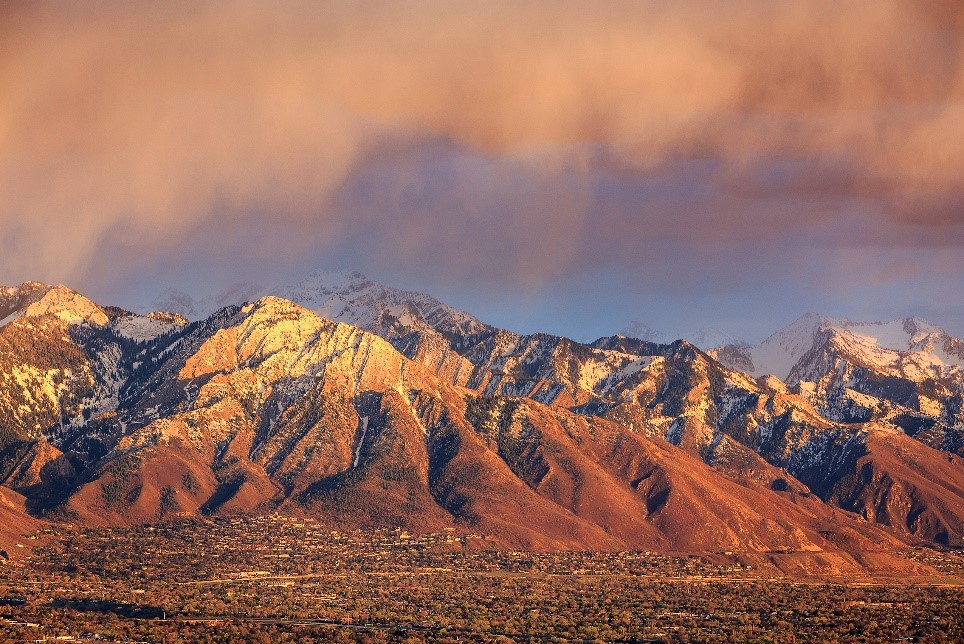 Salt Lake City hosted the Winter Olympics in 2002 and it hosts many other events and festivals annually. And if you have a great appetite for outdoor sports and adventure, you won’t be disappointed. When you’re famished after exploring the outdoors, you can treat yourself to awesome food at any of the varied restaurants and clubs that are shaping Salt Lake City’s exceptional culinary scene. 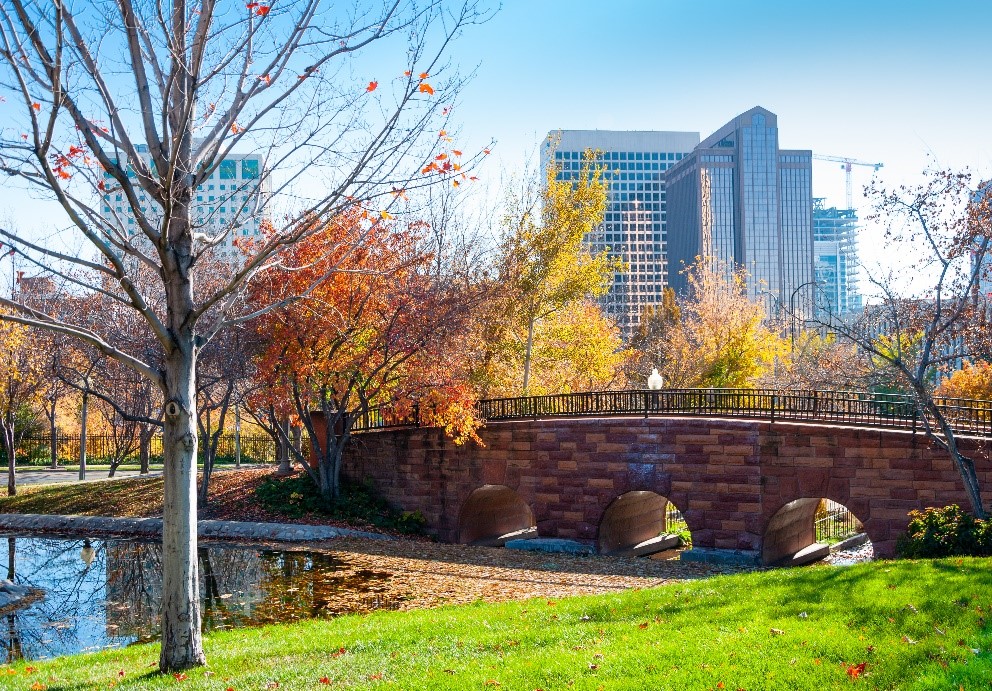 The city is home to around 200,000 people and the Salk Lake City metropolitan area is home to approx. 1.22 million residents. The capital city of Utah is becoming increasingly cosmopolitan and modern. It offers a very friendly and happy vibe that is a pleasant surprise to people moving in from other metros in the country. Everyone looks out for everyone else and holding the door for others is common practice here. Thanks to the availability of jobs, quality of life, modern infrastructure, friendliness, and welcoming vibes, more and more young families are relocating to Salt Lake City, leading to a lower median age which currently stands at 31.9 years[1].

The young population can also be contributed partly to the large proportion of Mormon residents who are religious and committed to raising large families, resulting in higher birth rates. This also makes Salk Lake City a family-friendly place with a ton of fun activities for kids.

Speaking of the Mormon population, residents from all cultures and religions wholeheartedly celebrate the city’s pioneer roots in events like Days of ’47 on July 24th, which marks the arrival of the first Mormon pioneers.

And contrary to popular perception, Utah is not a dry state. One can enjoy great night nightlife here as anywhere else.

Salt Lake City weather is mostly amazing, but it can be extreme too. Living in Salt Lake City means you’ll get to experience all four seasons and the times between changing seasons are quite pleasant too. The average yearly temperature is 52.1°F.

Living in Salt Lake City also means you’ll have to get used to the extreme temperatures. Summers can get really hot with temperatures typically reaching 90°F and higher on a few days, but occasional thunderstorms offer some relief. Winter temperatures dip low too but rarely reach 0°F or sub-zero. The snowy winters mean there are tons of opportunities to enjoy winter activities like skiing and sledding.

But there is some relief from the extreme temperatures with some of the most pleasant months being May, June, and September. Besides Utah being the second driest state in terms of rainfall, it helps that there is very little humidity, so the temperatures are much more bearable.

The housing prices here have been increasing as more and more people want to make Salt Lake City home. Zillow states that housing rates have shot up by 8% in the last year and will continue to increase. But houses remain relatively affordable compared to the other metros, with the median home value being $413,400[2].

The somewhat high housing prices account for the high cost of living in Salt Lake City, calculated at around 119, compared to the US average of 100[3]. But groceries, utilities, and transportation expenses are cheaper here than elsewhere in the country. Another consolation for those planning to live in Salt Lake City is the low tax rate in Utah.

In addition, it would help to know that the city has a home for every budget, with houses both below and above the median value. But given that home prices are expected to continue the upward surge, it would be prudent to act immediately if you’re planning to buy a house here.

Many residents rent homes here as rental costs are low, with a one-bedroom apartment costing about $857[4] and a two-bedroom costing $1,060[5] per month.

One of the best indicators of the strong economy of Salt Lake City is its unemployment rate, which stands at 2.5%, according to the Department of Numbers. It’s much lower than the national average, which is 3.5%[6].

Over the years, Salt Lake City has gained a reputation as one of the best cities to work. Graduates and experienced professionals can choose from a ton of sectors that have contributed to the city’s prosperous economy. These include technology, manufacturing, tourism, and construction. In addition, there are tremendous job opportunities in government and business services.

Most importantly, the Salt Lake City metropolitan area is a part of a region called Silicon Slopes, which is an emerging technology hub, with proximity to the Salt Lake City International Airport. In addition, the city is a Delta Airlines hub with direct, less than two-hour flights to and from Silicon Valley, which further increases its significance as a rising tech site.

The startup and technology scene is flourishing here. Many software development, research, and hardware manufacturing companies like Adobe, 3M, EA Sports, eBay, Micron, and others have offices here.

Besides the availability of lucrative jobs, another perk for youngsters living in Salt Lake City is its major educational hub, offering a number of high-quality educational opportunities. It has well known public and private colleges and universities like the University of Utah, Westminster College, and BYU. 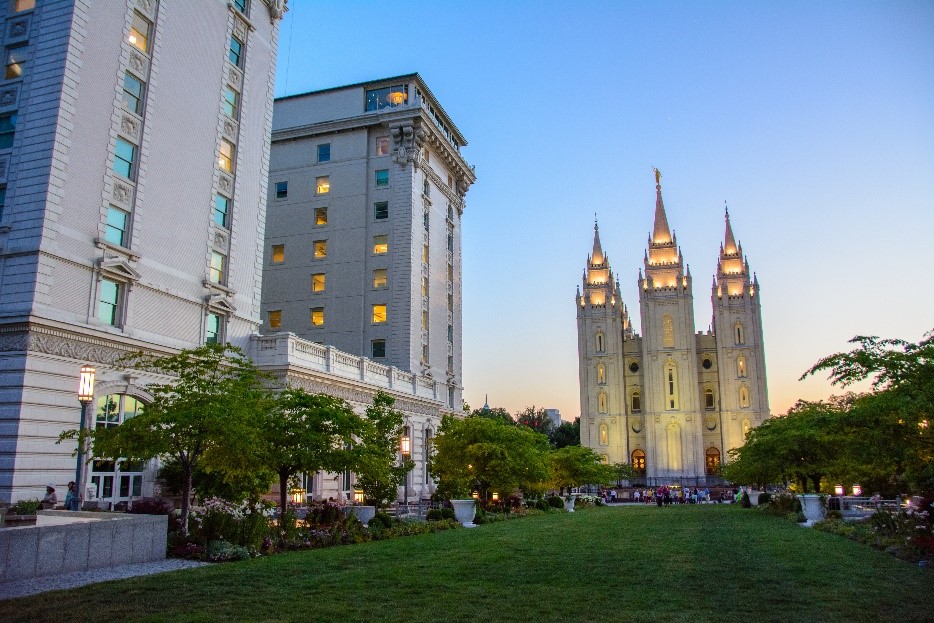 Salt Lake City is rich in culture and has plenty to offer in terms of arts, theater, and music. Art aficionados can visit renowned art museums like the Utah Museum of Fine Arts and even art galleries in a monthly event rightly named the Gallery Stroll.

For history lovers who are looking to explore the city’s rich historical roots, there are specialty museums like the Pioneer Memorial and Church History. Those with a scientific bent of mind can visit other specialty museums like the Clark Planetarium. And while you’re exploring the city, pay special attention to the architecture. Some buildings were built way back in the 19th and early 20th centuries and are especially beautiful. Some renowned buildings that you might want to check out are the Utah State Capitol, Salt Lake City Temple, Kearns Mansion, and the Joseph Smith Memorial building, to name just a few.

The rocking music scene is a major incentive for music-lovers living in Salt Lake City, with live music venues hosting major concerts of all genres. During the summer, there are many outdoor concerts, which are a hit. The Red Butte Garden Outdoor Concert Series, which runs throughout the summer, offers a great musical experience, with performances from world-renowned international and national stars in all genres. For performing arts lovers, there are live theater performances, events, and film festivals. 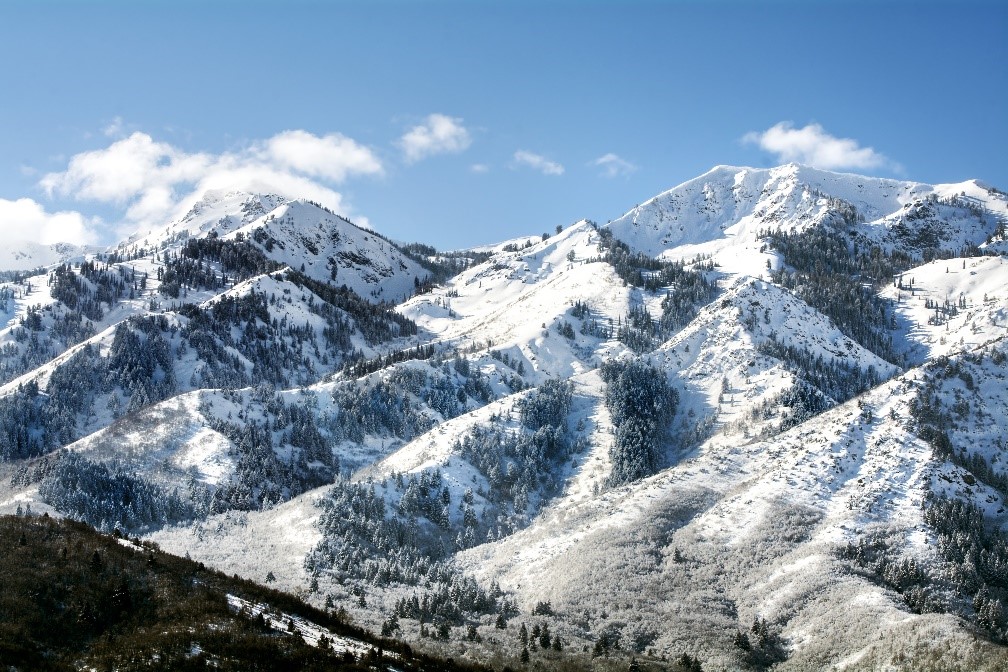 Do you enjoy hiking, cycling, golfing, snowboarding, skiing, or rock climbing? What about fishing, camping, or simply just exploring the natural outdoor beauty? Living in Salt Lake City means that you can pursue any or all of these passions at the numerous parks within the city and not to forget the mountains surrounding the Salt Lake Valley! Plus, there’s a ton of superb hiking trails that are within driving distance from downtown as well as national and state parks located in and around the city. The majestic mountains with their lovely sunrises and sunsets present opportunities for breathtaking photos.

In addition, your calendar will get full pretty quickly if you’re living in Salt Lake City, with events like street fairs, outdoor yoga, and farmers’ markets apart from visits to the botanical gardens. Young children especially love it here with fairs offering plenty of fun activities like pony rides, petting zoos, and face painting, to name just a few. 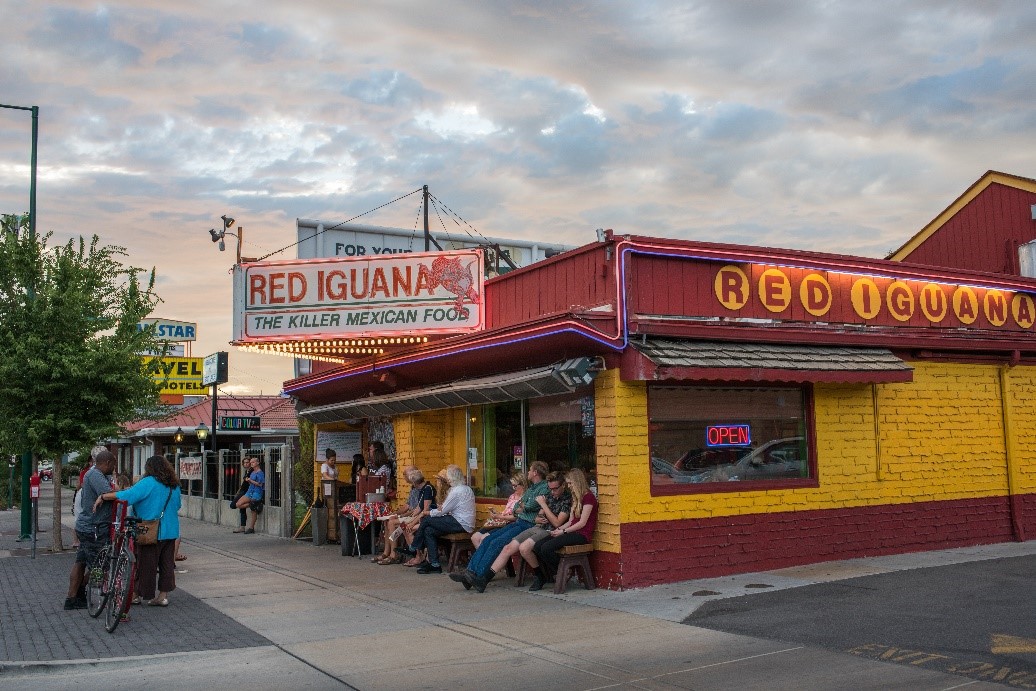 Over the last few years, Salt Lake City has garnered a reputation as one of the finest culinary centers, with its world-class restaurants. It has even featured in numerous popular food shows on food and travel channels.

You can eat out at a range of budget as well as exquisite restaurants serving gastronomic delights from a multitude of cuisines including Greek, Thai, Malaysian, Asian, Mexican, Indian, and African. Or if you’re craving for good ole junk food, there’s a ton of acclaimed local burger joints too.

If the abundant restaurants aren’t enough to satisfy your cravings, there’s the Wasatch International Food Festival where one can try new foods and the Salt Lake City Greek festival where you can sample some amazing Greek offerings as well as music and dance.

And to wash down all that tasty food, there are numerous brewpubs, cider makers, small-batch distilleries, and wineries too! The Utah Beer Festival deserves a special mention, featuring an eclectic mix of local, regional, and international beers and ciders.

Moving to Salt Lake City or Anywhere Else in Utah?

If Salt Lake City doesn’t seem like your kind of place, it would be worthwhile to check out other options in the Beehive State. Moving to Utah is an especially great choice if a low cost of living, gorgeous climate, and a low crime rate appeal to you.

Moving anywhere can be challenging and stressful, and not to mention exhausting. Whether you decide to move to Salt Lake City, Utah or elsewhere, Cool Box Portable Storage is here to help make your move easy and as stress-free as possible. We provide portable and insulated moving storage containers that are available in three sizes to help match your moving requirements. What’s more, we offer the best pricing options and even meet or beat competitors’ quotes for the same specifications! Get an instant quote from Cool Box today!

Are you moving to Utah? Get a quote from our convenient Utah location: