Moving to Arizona: Everything You Need to Know

Moving to Arizona: Everything You Need to Know 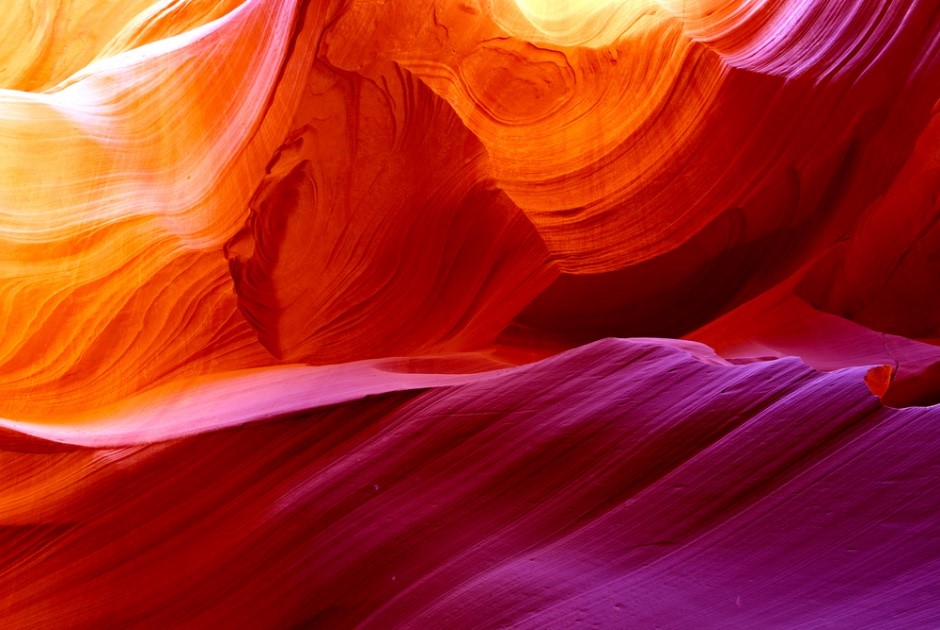 If you’re planning on moving to a new state, there are some worthy options, including Arizona. If you don’t mind hot temperatures and would love to indulge your passion for outdoor activities year-round, moving to Arizona is a great idea.

The Grand Canyon state allows you to explore new and exciting places without putting a dent in your pocket. It offers many other advantages too, making it one of the best states to settle in. World Population Review states that the population of Arizona from 2010 to 2019 (estimated at 7.28 million) has grown by half a million.

But moving to Arizona may also pose a few challenges. To help you understand life in the ‘Valley of the Sun’, we’ve compiled a guide to the pros and cons of relocating to Arizona.

Things to Know Before Moving to Arizona

Arizona’s official colors are the magnificent blue and gold. The blue stands for Liberty blue, and the gold represents the state’s stunning sunsets, exuding a natural glow – a part of many pictures of the Grand Canyon state.

People flock to Arizona for the sun and the mountains, but what else does the state have to offer? Here’s the lowdown on the benefits and drawbacks of moving to Arizona: 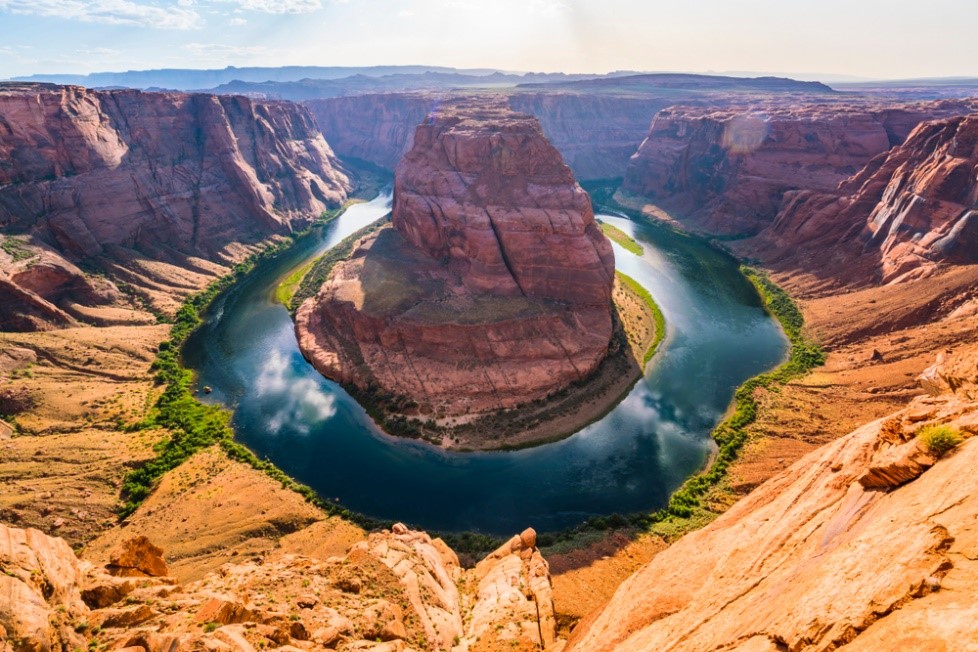 The majestic and equally beautiful red rocks and caves of Arizona bathed in a beautiful sun-kissed glow are a must-see. The state also has an abundance of volcanic mountain ranges, forests, and deserts. The bright red-colored rocks are natural rock formations – a type of sedimentary rock – that are exposed due to erosion, which gives the state its nickname of ‘Red Rock Country’.

And of course, the state is home to the Grand Canyon, a world-famous natural wonder. Many tourists include a visit to the popular landmark in their itinerary, and it definitely deserves the widespread fame and attention. Its deep gorges and steep cliffs coupled with the Colorado river flowing underneath are a sight to behold, and it stretches over 227 miles. It’s a must-see tourist attraction that you wouldn’t have to travel far to see if you’re moving to Arizona!

If you’re wondering whether you should move to Arizona, here’s an incredible reason: it has more than 300 days of sunshine. Winters are milder and much shorter, giving way to spring as early as January! This is a huge draw for those moving to Arizona. But if you enjoy a bit of snow, you may be pleasantly surprised to learn that some cities in northern Arizona, such as Flagstaff, have a much cooler and diverse climate.

Summer lasts for practically six months, and in peak season, temperatures can soar up to as high as 120, when all you want to do is stay indoors, crank up the AC, and stay hydrated. In some places, it’s not uncommon for people to drive with oven mitts to protect themselves from the blazing hot steering wheel!

The climate is mostly dry, but when summer storms hit, it can get humid and really sticky. The state also experiences monsoons and thunderstorms in late summer, which can cause flooding. There are also summer dust storms, known as haboobs, that can be dangerous due to the reduced visibility on the roads. Breathing dust form these storms can be risky in terms of long-term health consequences. 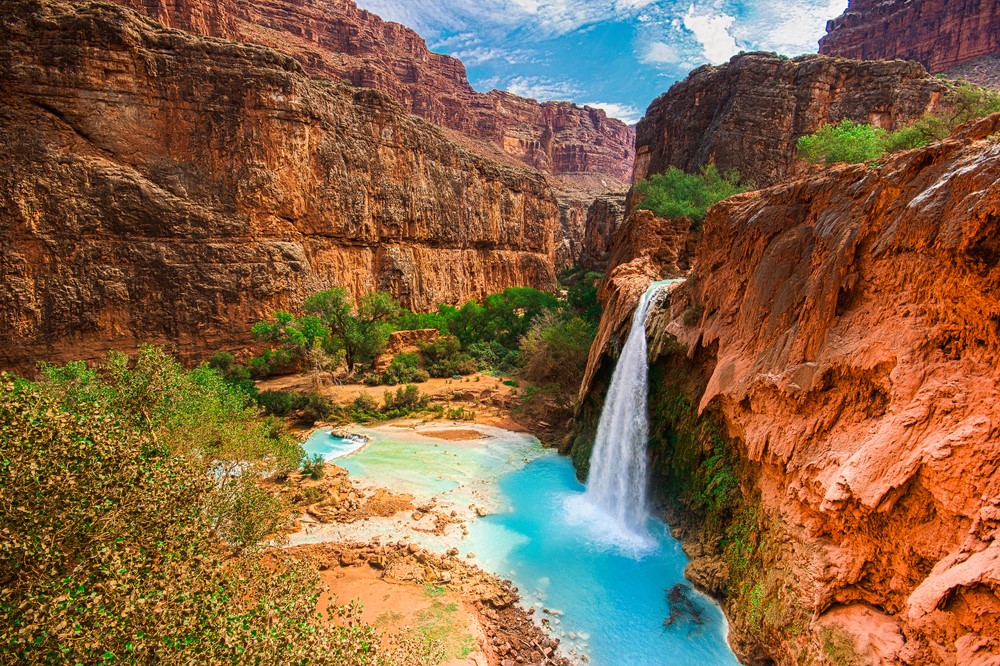 If you’re more of a mountain than a beach person, you’ll love it here! Outdoor sports lovers can go hiking, trail running, trekking, or simply exploring the beauty around. Or they can go mountain biking, camping, and white-water rafting. Winter sports lovers can go skiing in Tucson and Flagstaff. The Arizonan wilderness is huge and presents tons of fun activities for everyone.

Getting a car of your own is necessary if you’ll be moving to Arizona. Some cities like Phoenix, Tempe, and others have public transportation networks; however, in most parts of the state, a car is required. Even in Phoenix for instance, having a car would make it easier and quicker to get around. Besides, cars have lower than average insurance premiums here.

The traffic situation can be frustrating as most people live in the suburbs and commute into the congested cities. Moreover, construction work for repairs or expansion is always underway in the state, adding to some major traffic woes.

It’s said that snowbirds – retirees who move to Arizona during winters to escape chilly weather elsewhere – cause an increase in traffic during the winter. When they leave in summer, the traffic lightens up and driving here is a breeze.

When you’re outdoors exploring the natural beauty, watch out for dangerous reptiles and insects like scorpions, spiders, killer bees, and rattlesnakes. Indoors, you may have to deal with annoying pests like roaches.

The state receives low funding for public institutes and is not known for high-quality education. The US News ranked Arizona 44th in terms of quality of education in the pre K-12 category, so be sure to research the availability and quality of schools in your new location. Higher education in Arizona fares better though, with a ranking of 24. Arizona State University and University of Arizona are good options for getting a degree.

Couples eager to save money and purchase a house, or fresh graduates who want to start living independently and are looking for a career start should consider moving to Arizona as it has a reasonable cost of living.

While states like NY and California are popular moving destinations, the cost of living in such popular destinations is unreasonable for many. The tremendous advantages of moving to Arizona – low cost of living, interesting business and employment opportunities, and exciting outdoor destinations – make Arizona a top consideration.

The median rents for one and two bedroom apartments are $861 and $1,087 respectively, as posted by Apartment List. The state income tax rate is quite low too, ranging between 2.59% and 4.54%, based on income brackets.

The state is blessed with a strong economy that can be attributed to its drive for innovation and development. In addition, it’s one of the most business-friendly states in the country, encouraging more companies to base their operations here. These factors have led to an increasing number of good job opportunities for potential candidates and a good business environment for entrepreneurs looking to launch new or expand existing operations.

The state has always welcomed cutting edge innovation, so this is a great place for new tech ventures to get the head-start required to nurture and grow into profitable businesses. For instance, Apple and Google, leaders in technological innovation, have launched projects in the Valley of the Sun. 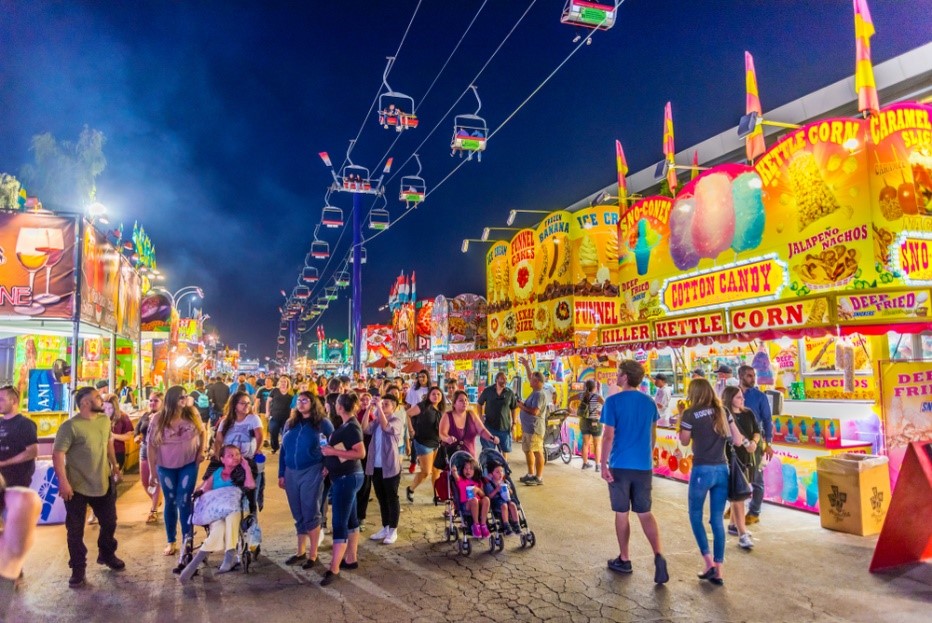 The thriving work scene doesn’t make Arizona a dull place though! Its entertainment scene is equally vibrant, with fun events like open-air festivals and tons of museums, theaters, cinemas, and operas. You can also shop at the various malls and can let your hair down at numerous clubs and bars, if you enjoy clubbing. What’s more, Arizona is also known for its impressive art scene, with art galleries and bohemian small towns.

The food is at an altogether different level, with restaurants offering varied cuisines like Mexican and Thai. Don’t forget to try the Sonoran hot dogs, chimichangas, red chile stew, and other state specialties. Oh, and cooking with cactuses is big in Arizona!

What are the Best Places to Move in Arizona?

All in all, moving to Arizona is a wonderful option for people who don’t mind hot temperatures, enjoy outdoors and art, and are looking for great career options. But where in Arizona should you move? Here are some of the best cities in Arizona:

Wherever you decide to move in AZ, preparing for a transition is not easy. Cool Box Portable Storage aims to take away the stress from moving with its one-stop storage and moving service solution. We deliver insulated moving storage containers directly to your driveway, you load it, and we pick up the unit and move it to your new home. If needed, you can opt to keep it at your home or our secure yard for storage at no additional cost.

If you’re moving to Arizona, get a quote from one of our convenient Arizona locations: