Moving to Oklahoma: Everything You Need to Know

Moving to Oklahoma: Everything You Need to Know 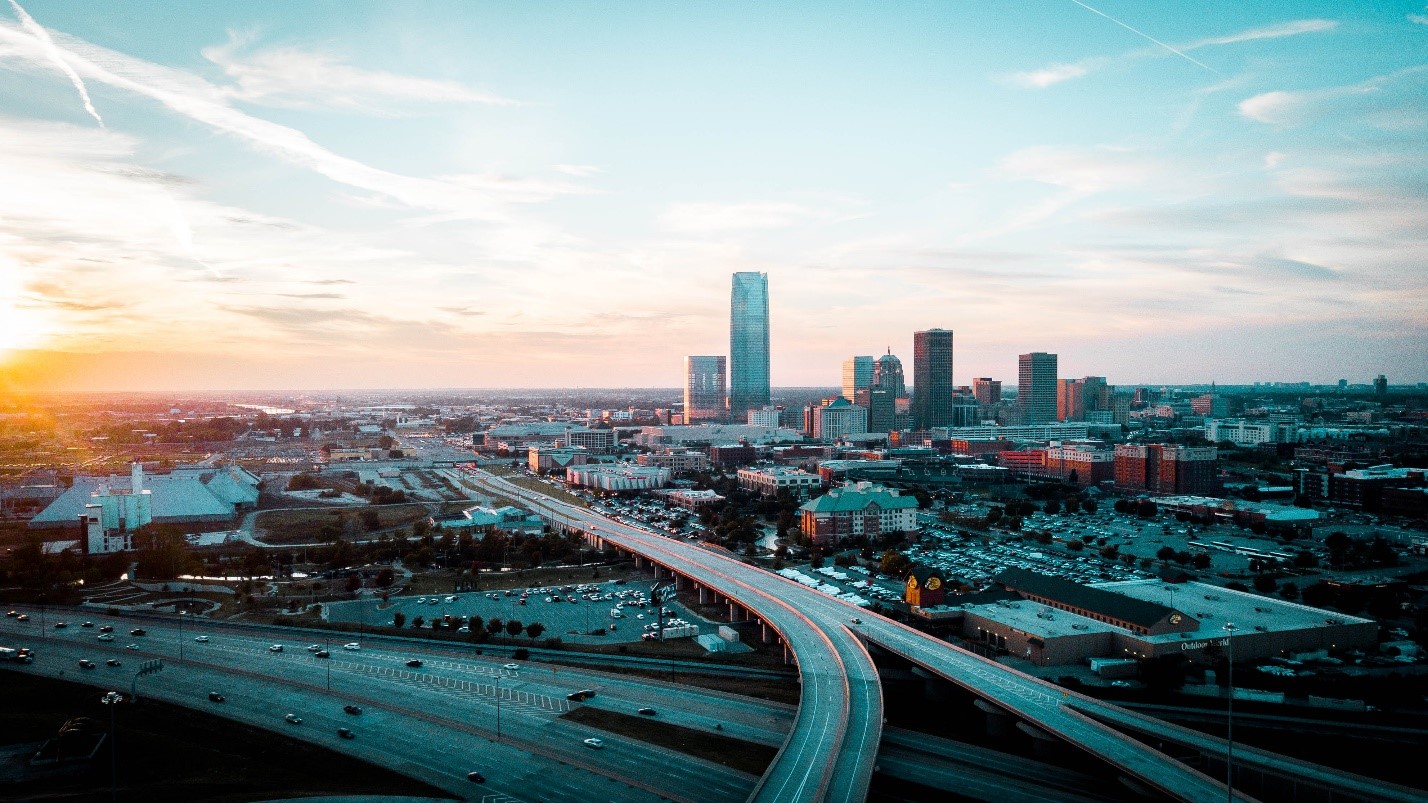 Are you planning on moving to Oklahoma? If only you had thought of it sooner! Back in 1889, during the Oklahoma Land Rush, one had the option to claim unoccupied land up to 160 acres…for free! But since it’s a bit late now, let’s focus on your options today.

Oklahoma ranks 28th in terms of its population density and 20th in terms of land mass. What this means is that there’s still plenty of room for new settlers, although the Sooner state’s population has been growing steadily over the last few years. The state is nicknamed ‘Sooner’ because many people landed here sooner than the official start of the Land Rush to grab the best land. There are plenty of more fun facts and trivia, which we will discuss here in addition to the pros and cons of moving to Oklahoma.

Living in Oklahoma Pros and Cons

The World Population Review states that the population of Oklahoma, which stands at 3.95 million in 2019, is poised to reach the 4 million milestone by 2020. Tons of people are moving to Oklahoma thanks to its various offerings. It also has a few pitfalls, like every other state. But let’s start on the right foot… the pros first!

Pros of Moving to Oklahoma 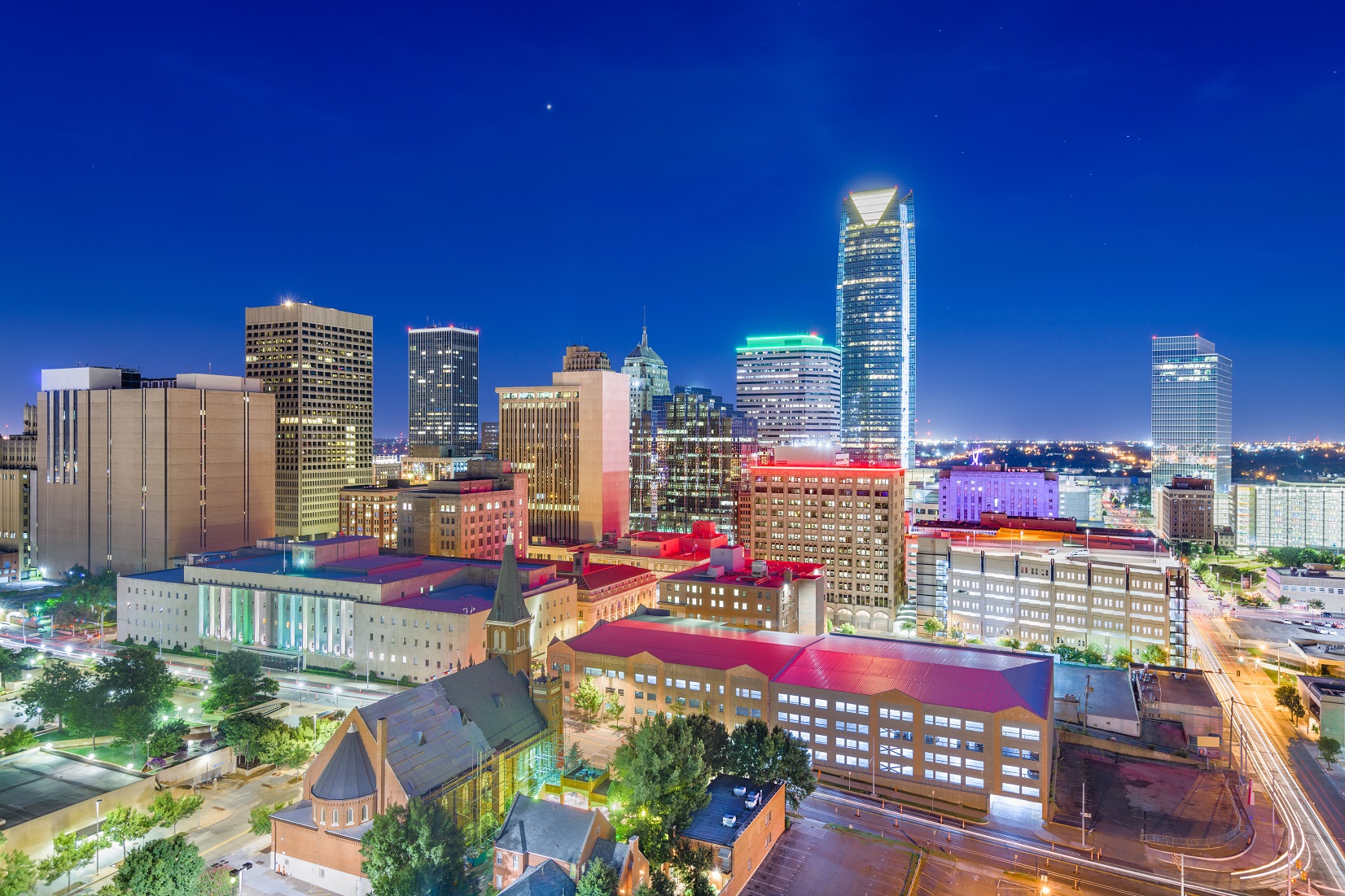 Oklahoma offers plenty of options in terms of both employment and business. The once oil-rich state has a stable economy, thanks to well-developed sectors like information technology, telecommunications, energy, aviation, and biotechnology. Some Fortune 500 companies, such as BancFirst, Chesapeake Energy, Continental Resources, Devon Energy, and Paycom, have operations here. In addition, Oklahoma is home to a ton of startups, which are attracted to the prospect of the huge cost savings that the state offers. If you’re looking to carve a career path in innovation, there’s a ton of startup events, incubators, and co-working spaces that can get your innovative juices flowing! Cities like Oklahoma City and Tulsa especially have exceptionally good job markets.

Housing is extremely reasonable here. When it comes to space, Oklahoma has a ton of it and it’s affordable too! You’ll get a lot of value for your money in terms of housing and just about everything else. It is the 20th largest state in the country and not as populated, so you can enjoy a high standard of living here without having to pay through the roof. If you’ve ever harbored a dream of owning a mansion, it might just come to pass here!

Whether you want to live in cities like Tulsa or Oklahoma or build a small cabin or big ranch anywhere in the vast empty space, you have plenty of options.

According to Zillow, the median home value in Oklahoma is $124,800, compared to $229,600 in the country. Rental rates in Oklahoma are ridiculously low too, with Oklahoma City, the state capital, averaging only $774/ month[1] and Tulsa averaging approximately $697/month[2].

3. Overall Low Cost of Living Too!

Oklahoma offers affordability in not just housing but also utilities, food, and entertainment! If moving to Oklahoma from somewhere expensive like New York City or LA, you’ll be amazed by how affordable it is to have a fun night out! Not only can you live in a big house, but you can also enjoy clubbing and movies without having to pay exorbitantly. Sounds like a great combination!

US News ranks Oklahoma as having the 2nd least expensive cost of living and the 7th least expensive housing in the country. That said, it’s important to note that Oklahoma’s minimum wage is low too and equals the federal rate of $7.25/hour.

4. No Crowds and No Rush Hour

If you don’t enjoy being in crowded places, you’ll love it here! Even cities like Oklahoma City and Tulsa aren’t that crowded compared to the metropolitan areas in other states. The best part is that commuting here is a breeze, with little to no traffic. In fact, the locals boast that there’s no such thing as rush hour here. This benefit alone would make most people move their things lock, stock, and barrel to Oklahoma!

According to the World Population Review, the median age of Oklahoma is 36, but nearly 25% of its population is under the age of 18. It has a young population as it attracts hordes of students thanks to its extremely affordable renting options and good colleges and universities. Out of a total of 237,895 units, 90,139 are non-family households.

The culture of the Sooner state is another major draw as people here are said to be nicer than elsewhere, inclined towards helping others, especially in bad times like natural disasters. They’re welcoming and friendly although they may be a little laidback and quiet. Most residents are also church-loving and religious, so it is a big deal when someone invites you to their church. Declining the invite may make you appear rude, so tread with caution there! 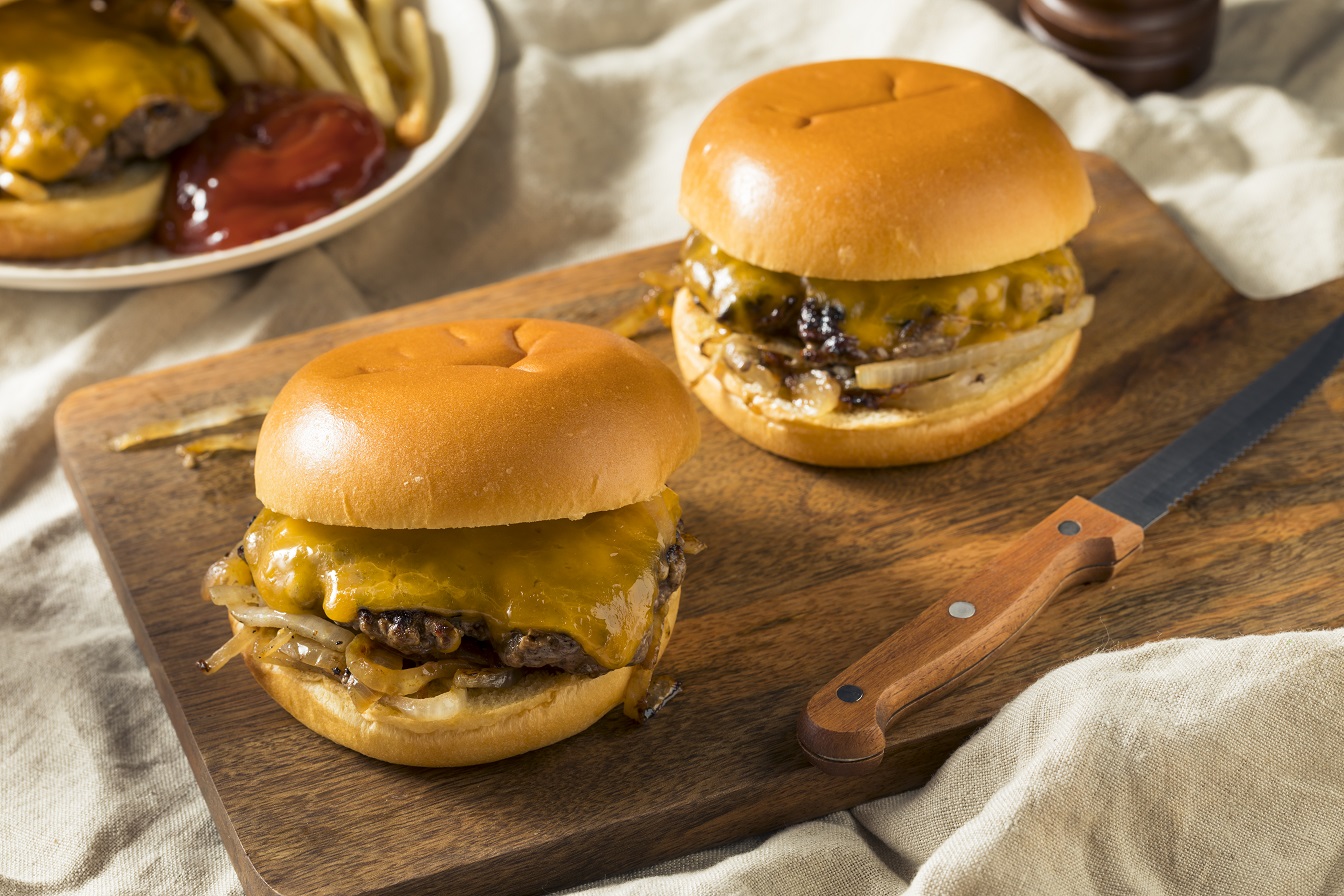 As if you weren’t already sold on the idea of moving to Oklahoma, here’s another major reason to do so. The barbeque in Oklahoma is amazing, loved by one and all! It combines several styles and sauces from places that are famous for their barbeque like Memphis, Kansas City, and Texas!

And did we mention frying too is big in Oklahoma…really big! Plus, you’ll get to try a totally different style of chicken here – chicken fried steak – which is nothing but steak that is battered, deep-fried, and then smothered in gravy. Fried catfish is another specialty here. As mentioned earlier, anything deep-fried is good in OK!

Cons of Moving to Oklahoma

So far…so good! Now, what doesn’t work here? Here are some of the not-so-great things about the state: 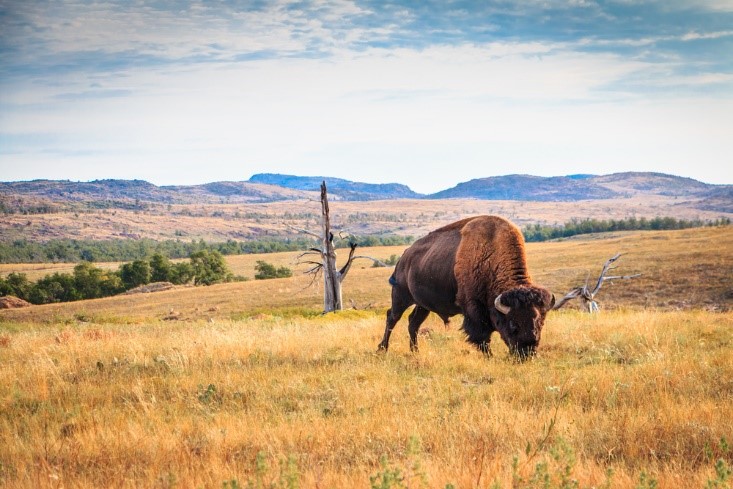 Unfortunately, Oklahoma doesn’t offer a diverse landscape as it’s comprised primarily of several miles of rolling plains. So all you can expect to see here is vast areas of open space. While the rolling plains are beautiful to look at, they may not hold your attention for too long as there’s little else here. But you can certainly go star gazing or catch a sunset when the weather permits.

Speaking of weather, it can get unbearably hot in Oklahoma during summer with temperatures even reaching 120 degrees Fahrenheit. Winters are quite cold too. But one thing that can take some getting used to, if you move to Oklahoma, is that the weather can be unpredictable over the course of a single day. You never know what to expect the next minute, rain, heat, or intense winds. And if that weren’t enough, tornadoes are quite common too in the Sooner state! And in the drier regions, there may be droughts.

If you’re a fan of big cities, moving to Oklahoma may not be the best thing to do. On the one hand, while everyone enjoys the no traffic scene here, having no major cities can be a huge disadvantage if you love living in sprawling big cities. Even Oklahoma City, the state capital isn’t that big. If you thrive in big cities, consider moving to Texas or California.

Interesting Facts and Trivia about Oklahoma

There’s not much else to learn about Oklahoma other than its ridiculously low cost of living and easy-breezy traffic, but here are a few interesting things worth knowing about the Sooner state:

1. Was Once an Oil-Rich State

Oklahoma had huge reserves of oil that were discovered in the early part of the twentieth century. Tulsa used to be regarded as the Oil Capital of the world once upon a bygone era and rightly so.

Oklahoma has one of the largest populations of Native Americans in the country, second only to California. This isn’t surprising as Oklahoma was a Native American territory before it turned into a state.

3. Center of the Universe

Center of the Universe is a tourist attraction in Oklahoma thanks to its bewildering acoustics. It’s comprised of nothing but a circle of bricks in which any type of noise is echoed several times louder. But outside the circle, noise seems to be echoed at much quieter decibels. The cause of this mysterious loud echo is not known yet, but several theories abound.

In Oklahoma if you order coke, in all likelihood, you may be served soda instead of Coca-Cola. Coke is a term for soda here, so keep that in mind when you’re thirsty for Coca-Cola in the Sooner state.

5. Own a Pair of Cowboy Boots

If you’re moving to Oklahoma, getting a pair of cowboy boots is a must! You’ll need these when you plan on dressing up. Many Oklahomans love sporting these on a night about town!

Where are the best places to move in Oklahoma?

We hope we covered a lot of ground in terms of the livability factor in one of the most underestimated states of the country. But what are some of the best places to live in Oklahoma? Here are a few suggestions:

If you’ve made up your mind to relocate to the Sooner state, it’s time to start preparing for the big move. But if Oklahoma doesn’t seem to be the right option for you, have you considered moving to Arizona or Nevada?

Wherever you plan on relocating, consider using Cool Box, a leader in the moving and storage industry. We provide portable moving storage containers that are designed to offer insulation from the external climatic conditions. Our units come in three sizes, making it easy for you to pick one that exactly matches your requirements. What’s more, you can even load the container in your driveway at your own pace and when you’re done, we deliver it safely and securely to your new destination.

If you wish, you can choose to store your unit at one of our secure yards. We will meet or beat competitors’ quotes, as long as they’re for the same specifications!

Are you moving to Oklahoma? Get a quote from one of our convenient locations:
Moving and storage Oklahoma City